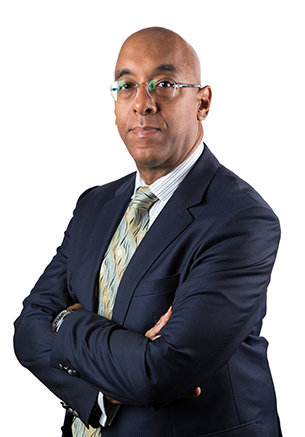 Courtenay Williams is an Attorney-at-Law who has been in practice for 27 years, most of which have been spent at the private bar, specialising in banking, privatisation, commercial, intellectual property, project financing, capital market and debt restructuring transactions. Mr. Williams graduated from the University of the West Indies with a Bachelor of Laws Degree (Honours). He also obtained a Legal Education Certificate from the Hugh Wooding Law School in 1987.

Mr. Williams is a tutor at the Hugh Wooding Law School in Landlord and Tenant and has previously also tutored in areas such as Conveyancing and Registration of Title, Ethics Rights and Obligations of the Legal Profession and Succession.

He is a Consultant with Lex Caribbean, Attorneys-at-Law and Notaries Public.