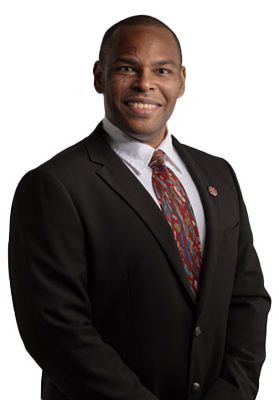 Fred E.A. Phillips is a Senior Associate in Lex Caribbean’s Barbados office. He received his Bachelor of Laws degree with Honours from the Cave Hill campus of the University of the West Indies on Barbados in 1993 and his Certificate of Legal Education from Jamaica’s Norman Manley Law School in 1995. He was called to the Barbados Bar in 1995 and the British Virgin Islands Bar that same year.

Fred began his legal career at Harney, Westwood & Riegels, a leading international offshore law firm on Tortola in the British Virgin Islands. During his time at Harneys he worked extensively in the fields of corporate and commercial law, regularly providing comprehensive, solution-orientated advice on virtually all aspects of corporate loans, banking, and financing to a variety of institutional and corporate clients. In 2001 he moved to Toronto, Canada to obtain his Master’s Degree in E-Business Law from the University of Toronto’s Osgoode Hall Law School. He then further broadened his experience by successfully completing specialised training courses sponsored by the United Nations in Barbados and Geneva in 2006 and 2007 on multilateral environment agreements and biosafety; in connection therewith, he became a U.N. regional adviser on biosafety for the Caribbean in 2007 and has advised numerous stakeholders of varying backgrounds throughout the Caribbean on legal issues and international treaties relating to biosafety.

In 2017 Fred joined the International Business Unit at Lex’s Barbados office. He now provides advice across a broad spectrum of corporate, commercial, regulatory, and other legal fields to a variety of institutional and corporate clients.

Fred is also a certified expert in the fields of ecosystem-based adaptation to climate change and disaster risk management/ecosystem-based disaster risk reduction, and is the lecturer on the “Legal Aspects of Biosafety” for the Biosafety in Biotechnology Master’s degree course offered by the University of the West Indies. He is also an artist, focusing mainly on abstract expressionist painting at present. In connection with this, he has been featured in articles and notices in print and on-line, and his work has been exhibited at galleries, fairs, and other venues in Barbados and abroad.