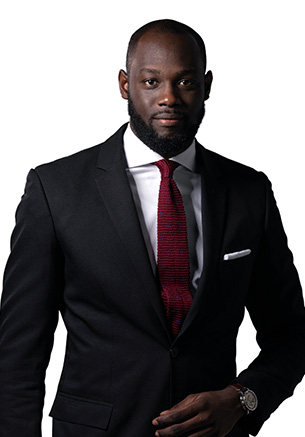 Throughout his schooling, George was actively involved in many student leadership activities and served as Vice-President, UWI STAT Vice-Chancellor’s Ambassador Corps., and Deputy-Chairman, Men-at-Work Organization, Norman Manley Law School. He also distinguished himself in advocacy, representing the debate/moot teams of Northern Caribbean University and the University of the West Indies Cave Hill. While at the Norman Manley Law school, George was selected to represent the institution at the 2017 International Law Moot, before the Caribbean Court of Justice, Trinidad and Tobago.

George previously served as a legal intern to the General Counsel at the Financial Services Commission, Kingston, Jamaica, where he amassed considerable knowledge in the areas of securities law, as well as financial and corporate regulation.

George lists playing the piano as one of his favourite pastimes, having been classically trained since the age of seven, and also enjoys a good game of basketball and a great book. He is also a member of the Barbados Museum and Historical Society and has a passion for community service and development.