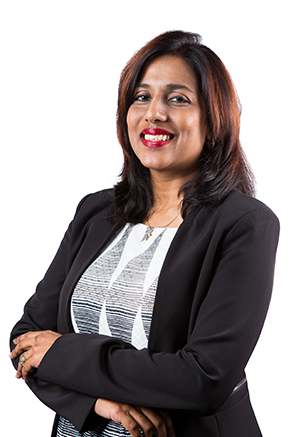 Petra joined the Firm in 2005 and left in 2010 where she gained valuable experience as a Legal Officer of a financial institution. Prior to returning to the Firm in 2016 Petra was a Partner at a well-regarded Trinidad law firm. She practices mainly in the areas of Property Development, Conveyancing and Probate Law and has over thirteen years’ experience in these areas. Petra has worked closely with major credit unions and financial institutions after being called to the Bar. Her experience extends to both conveyancing and corporate transactions, but she is also well-versed in areas of contract law, compliance, company law, estate and succession matters and land matters.

Petra has more than ten years’ experience as a lecturer at the School of Accounting and Management, as well as the School of Business and Computer Science. Over the years she has accepted speaking engagements as a feature speaker for the Golden Girls’ Society, both the Presbyterian Church Board of Men and Board of Women, and at the Graduation Ceremonies of the Warrenville, Tunapuna, Esperanza, Bamboo Grove, Arima, and Curepe Presbyterian Schools, along with El Socorro North Government Primary School. She was also awarded first place in the Presbyterian Board of Youth Affairs Public Speaking Championship in 1994. She currently serves as a lay person in the Presbyterian Church of Trinidad and Tobago.

Petra was awarded a full scholarship from the Arthur Lok Jack Global School of Business where, in 2019, she attained her International Master of Business Administration with Distinction.