Can COVID-19 End the Life of a Contract? 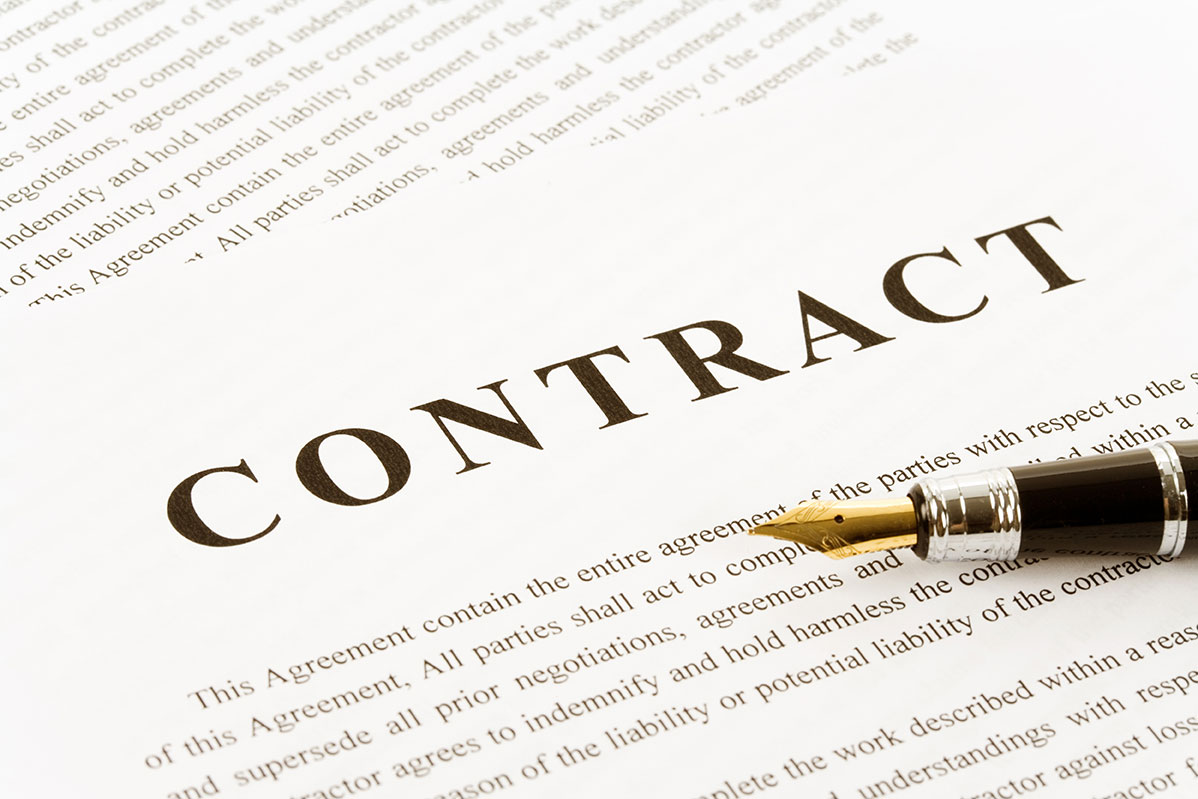 During COVID-19, a lot of things may have ended and new things started: how we spend time, how we move around and how we conduct transactions. It is also the end of another economic cycle and the start of a different one.

The ability of a party to meet its obligations or the uncertainty of a party as to whether the obligations of the other party will be fulfilled in this different business environment can raise many questions. The questions can relate to the effect of delays, the right to claim damages and the possibility of terminating contracts.

The purpose of this particular article is to focus on some, but not all, of the legal principles that can relate to the effect of COVID-19 on contracts, more specifically, on those that relate to whether they will continue or whether they can be brought to an end.

There are many different types of contracts, and they will contain different clauses. Depending on the subject matter, specific issues will apply to each of them. This article identifies some general principles.

The termination of a contract involves a major change in a party’s expectations and would have repercussions for its business and other arrangements the party may have entered into. This point needs to be weighed against circumstances in which termination can be an appropriate remedy, for example, to save a party from obligations that have become very onerous.

In considering a party’s ability to terminate, the terms of the contract would govern.

Contracts often contain express provisions as to the circumstances under which a party can bring the contract to an end. For example, a sale and purchase agreement for land normally gives an express right to the purchaser to rescind where the vendor is unwilling or unable to satisfy any of the purchaser’s reasonable requisitions.

Apart from the circumstances that are expressly stated in the contract, there are others which could entitle a party to terminate, for example, when a term or condition is breached.

The breach of a term or condition, however, does not automatically give a party to the right to terminate. The general principle is that the breach must be sufficiently serious. The reason is that there can be other remedies available to the party that is not in default, such as damages, which do not involve the entire transaction coming to an end. Even if the breach is sufficiently serious, the courts could consider certain factors before a contract is terminated, for example, what the parties did to mitigate the breach.

The provisions and concepts described above are the normal ones relating to a contract. As illustrated above, contracts can be breached for a delay in or failure to obtain financing and for other familiar reasons. The coronavirus, however, is not a normal or familiar occurrence, and has materially changed the whole business environment. Can it be a Material Adverse Change which can bring the contract to an end?

Material Adverse Change (“MAC”) clauses are commonly part of loan agreements and contracts in mergers and acquisitions (“M&A”) transactions and can also be found in other contracts.

There is very little case law on the interpretation of MAC clauses, but the case of Grupo Hotelero Urvaasco SA v Carey Value Added SL2 is instructive on the approach taken towards material adverse change. This case dealt with a loan agreement. Some of the main points that it raised are that:

(i) an MAC clause cannot be used by a party against circumstances of which it was aware at the date of the agreement. An MAC clause has been described as “a backstop protecting the acquirer from the occurrence of unknown events”3;

(ii) an adverse change is not material unless it significantly affects the party’s ability to perform its obligations;

(iii) the adverse change must not be temporary, that is, “[a] short-term hiccup in earnings should not suffice; rather the Material Adverse Effect should be material when viewed from the longer-term perspective”4;

(iv) the courts will give effect to what they parties have set out in the agreement.

Whether or not the effects of the coronavirus will constitute a material adverse change will depend on the circumstances of each case and how the MAC clause is drafted.

Typically, an MAC clause would not expressly include material adverse changes caused by a state of emergency or the outbreak of disease. It can include situations that would be caused by COVID 19, as mentioned above. If an MAC clause in a loan agreement includes an event which in the sole opinion of the lender might reasonably affect the borrower’s ability to repay, then the court will
allow the lender to make the determination as to whether a material adverse change has occurred.

The occurrence of a material adverse change is an event of default. An event of default does not necessarily, but can, result in the termination of a contract. It would depend on what the contract says about the actions that can be taken by the party that is not in default.

If a lender calls an event of default, the loan agreement itself will not come to an end. It would mean that the loan would become due and payable on demand and, if it is not repaid, the lender would be able to enforce the security. Effectively, the term of the loan would come to an end. Contracts dealing with M&A’s may permit the party not in default to terminate the contract immediately or after giving the defaulting party time for the default to be cured, or may provide for other remedies.

If a contract does not contain an MAC clause, is there any force that will end the contract?

Another existing legal principle that can possibly be applicable to COVID-19 is force majeure.

A very simple definition of “force majeure” is that it is an unforeseeable event that is beyond the control of the parties.

Construction contacts would typically contain force majeure clauses that would deal with situations in which materials become unavailable or there is a strike and construction cannot be completed or cannot be completed on time, or there is a natural disaster such as an earthquake or hurricane. It is unusual for contracts to contain force majeure clauses that deal specifically with national emergency or the outbreak of a disease.

Some contracts may contain force majeure clauses which may assist in situations like this one, for example, one that includes “government actions” as a force majeure, or one in which it has become impossible to supply raw materials and the delay would be too long for the purpose for which they are needed.

A force majeure can result in an extension of the time for the performance of an obligation, or it could ultimately release a party from performing its obligations where the delay is deemed to be too long.

If there is no force majeure clause that can include a situation like this one, is there no way out of the contract?

As alluded to above, the courts are very reluctant to intervene in contracts, the terms of which would have been agreed between the parties.

One of the exceptions is the doctrine of frustration which, in the absence of a force majeure clause, can be used to relieve a party of its obligations under a contract. Unlike MAC clauses and force majeure clauses, frustration does not need to be included in a contract. It is a legal concept that is used to relieve parties in situations in which the performance of its obligations has become too onerous.

The case of Canary Wharf (BP4) T1 Ltd and others v European Medicines Agency6 is instructive on how the courts deal with doctrine of frustration. In that case, it was held that:

The bar to be reached for a contract to be held to have been frustrated is high.

It is not entirely clear how the law will deal with the delay caused by the state of emergency, or other factors, resulting from the outbreak of the coronavirus and whether it would be deemed to have frustrated a contract. There is very little case law on this subject to assist.

The case of Li Ching Wing v Xuan Yi Xiong7 may be used to provide some guidance. In that case, a landlord rented an apartment in an apartment block to a tenant in 2002 for two years. When SARS broke out, some of the residents contracted it and moved out. The Hong Kong Health Department isolated the block for ten days. At the expiration of the ten-day period, the tenant moved back in and, shortly thereafter, tried to terminate the tenancy on the grounds that the isolation order had frustrated the tenancy agreement. The tenancy was found not to have been frustrated, because the isolation order was for ten days only out of the two-year term. It is said that “[w]hat is therefore required is a comparison of the likely period of interruption with the outstanding period of performance”8.

The time period that would have to pass in a situation like this one before there can be a successful claim for frustration is likely to depend on the circumstances of each situation. In the case of Wong Lai Ying v Chinachem Investments Co.,9 it was said (quoting Bank Line Ltd. v. Arthur Capel & Co. Ltd.10) that: “the question must be considered at the trial, as it has to be considered by the parties, when they came to know of the cause and the probabilities of the delay and had to decide what to do”.

It can be seen that, in all of the principles discussed here, breach, material adverse change, force majeure and frustration, the law treats a contract as an instrument that is not meant to be brought to an end easily. The law seeks to maintain a balance between the expectation of the parties and their ability to perform their obligations. It is very likely that it will continue to uphold this approach.

It is expected that more contracts will start to include the types of clauses that have been identified; they will be analyzed more closely and should be drafted using a more balanced approach of specificity and broad language that can include unexpected events.

Although many things may have ended as a result of COVID-19, new and fresh approaches will be taken.

8 Guy Fetherstonhaugh QC, “ Coronavirus: what lies ahead for landlords?”, <https://www.egi.co.uk/news/coronavirus-what-lies-ahead-for-landlords/> accessed 18 May 2020