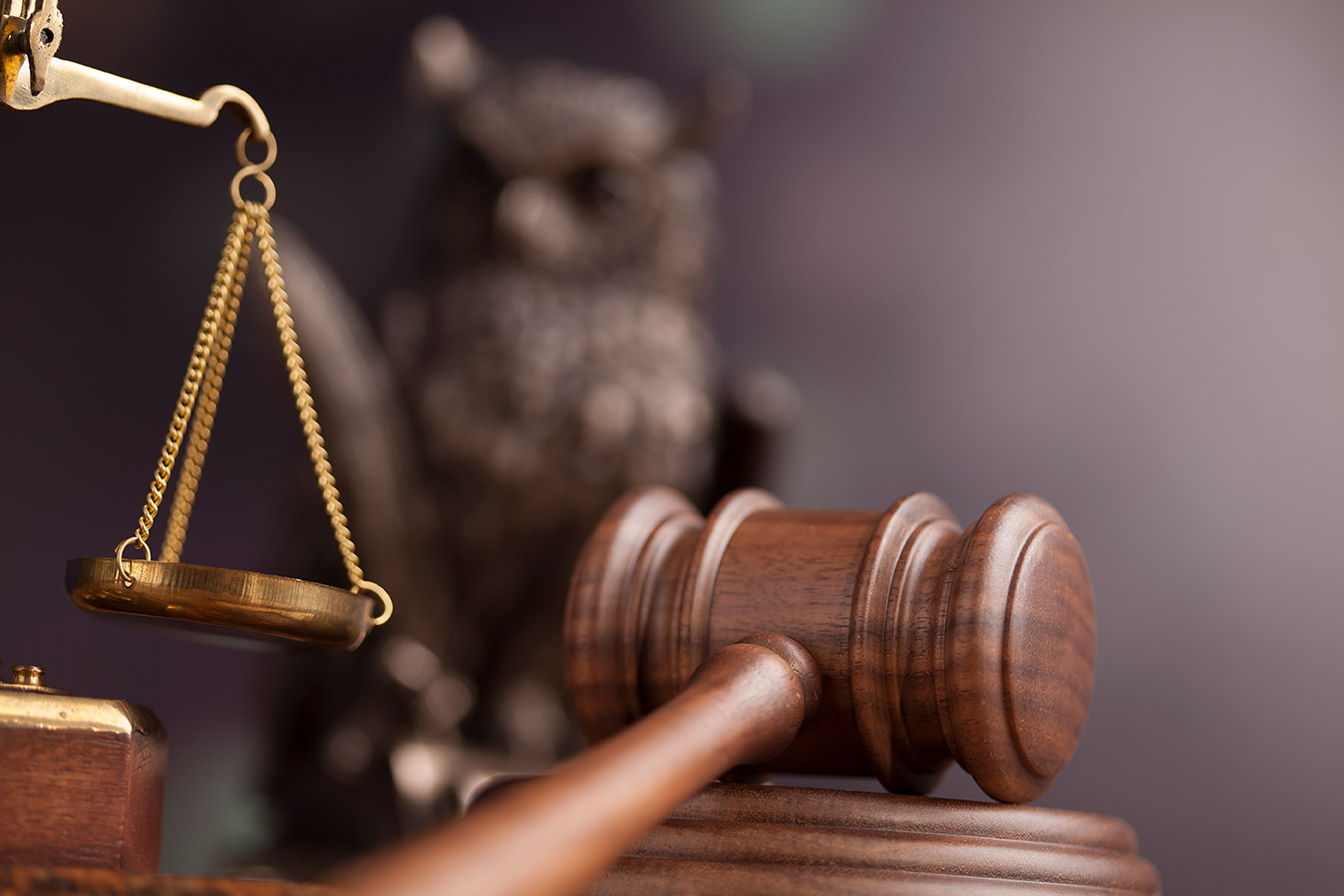 In case practitioners had managed to convince themselves that the High Court’s approach to breaches of procedural rules had relaxed to mere “slap on the wrist” tolerance under the Civil Procedure Rules, 2008, the recent decision in Agard v. Mottley and Walcott (Claim No. 1753 of 2015, High Court, Barbados) should serve as a distinct wake-up call. The decision shows that the Court is not afraid to issue tough decisions against those (even senior counsel) who fail to comply, and reminds litigators of the fundamental rules governing instituting High Court proceedings, the contents of a claim form and the importance of clear drafting.

In its judgment issued on December 29, 2017, Alleyne J of the Barbados High Court struck out the fixed date claim form (the “FDCF“), together with an affidavit (the “Affidavit“) and an amended fixed date claim form (the “Amended FDCF“) filed by the Claimant. The Court ordered that: (i) the Amended FDCF be struck out as it had been filed without the Court’s permission; (ii) the Affidavit be struck out as it had been wrongly filed, there being no role for an affidavit at the commencement of proceedings unless it is filed in the fulfilment of a procedural requirement; and (iii) the FDCF be struck out for its substantial procedural errors. The Court found that, in determining whether to strike out a claim, an important factor to be weighed against the defaulting party’s breaches of procedural rules was the nature of any consequences that striking out may have on the defaulting party. In deciding to strike out the claim, the Court weighed its finding that the Claimant’s procedural breaches were so substantial that significant amendments would be required to make it legally acceptable, against its finding that striking out the claim would not deprive the Claimant of her access to the Court or bestow any windfall on the Defendants, and found that the administration of justice would best be served by striking out the FDCF and other documents.

The Claimant, a former member of the Barbados Labour Party (the “BLP“) (a political party in Barbados), was expelled from the BLP after facing several internal disciplinary charges. The Claimant sought to challenge the lawfulness of said expulsion by instituting proceedings against the Defendants. The Claimant commenced the proceedings by filing the FCDF, in which the First Defendant and the Second Defendant were expressed to be acting in “on behalf of the BLP” and in their capacities as Chairman and General Secretary respectively, along with the Affidavit. The Defendants subsequently filed applications to have the FDCF and the Affidavit struck out on grounds relating to, inter alia, (i) the Defendants’ capacity; (ii) the use of the FDCF and affidavit to commence the proceedings; (iii) the FDCF’s content and structure; and (iv) the FDCF’s failure to disclose a cause of action against the defendants. After the applications were filed, the Claimant filed the Amended FDCF without leave of the Court.

2. The capacity/status of the defendants – no representative status had been established

As the action was brought against the Defendants acting “on behalf of the members of the BLP” as well as in their capacities as Chairman and General Secretary, respectively, the Defendants’ counsels submitted that the Defendants had not been authorised to so act and that they had been sued in incorrect capacities.

It was found that the Claimant’s failure to comply with CPR Rule 21 must mean that she had not established proceedings against the Defendants in a representative capacity. Thus, if the claim was to proceed, any subsequent orders would be ineffective against the Defendants. The claim therefore could not advance in the absence of a representative order and the proceedings must, at least, be stayed if they were not struck out.

The Court also emphasised that the Claim Form must provide details on a defendant’s representative capacity; it is not sufficient merely to state it in the title to the action.

3. The Claimant wrongly instituted proceedings with the FDCF and Affidavit

Counsel for the Defendants submitted that the Claimant commenced the proceedings by the wrong form as they did not fall into any category of claim for which the use of a FDCF is mandated by CPR Rule 8.1(5). They also urged that the filing of an affidavit and purported statement of claim was in breach of the CPR. Counsel for the Claimant contended that, inter alia, a claim may be commenced by FDCF when there was no substantial dispute of fact.

The Court found that the CPR does not provide for the use of a fixed date claim form on the basis that the claim involves no substantial dispute of fact or for optional modes of commencing proceedings. CPR Rule 8.1(4) requires that a claim form must be in Form 1 (regular claim form) except in the four circumstances set out in CPR Rule 8.1 (5), for which the use of a FDCF is mandated. As none of those enumerated situations applied in this claim, the claim ought to have been brought by a Form 1 (regular claim form).

In relation to the Affidavit, the Court found that there is no role for an affidavit at the commencement of proceedings unless it is filed in the fulfilment of a procedural requirement. No such requirement existed in this case and, as such, the Affidavit had been wrongly filed.

CPR Rule 8.4(1) and 8.5 are relevant when determining what is required in a claim form and statement of claim.

In effect, CPR 8.4(1)(a) requires the insertion in a claim form of a description that is sufficient to inform the defendant of the basic grounds of the claim but avoids excessive detail. No statement satisfying this requirement was found in the FDCF. Further, it was found that the FDCF failed to disclose a reasonable ground for bringing the claim.

Further, the Defendants highlighted various paragraphs in the FDCF which were difficult to understand and which, as a result, supported the Defendants’ submissions that the FDCF disclosed no reasonable cause of action. The Court found that the “FDCF [was] incoherent and so lacking in detail as to make it difficult for [the Defendants] to file a defence in response”.

Section 17 of the SCJA protects claims in which only a declaratory order or relief is sought, confers jurisdiction on the High Court to make binding declarations of right, and in specified circumstances to do these things, even where a cause of action might not yet have accrued. While the Claimant sought to rely on Section 17 of the SCJA in ensuring the Court’s jurisdiction to hear the matter, it was found that in a claim of wrongful expulsion, the invocation of section 17 does not obviate the fundamental requirement to disclose a reasonable ground for bringing the claim.

6. Fatal failure to obtain the Court’s permission to file the Amended FDCF

At the time of the amendment, the FDCF was the subject of the application to strike out and, as such, leave of the Court was required. CPR Rule 20.1 (which regulates the filing of an amended statement of case in the ordinary course of things) was therefore not applicable.

7. The Court’s discretion in applications to strike out

The Court, in considering how its discretion to strike out should be exercised, found that technical breaches should not be lightly overlooked. However, if the consequences of striking out would be dire for the defaulting party, then this was an important factor to be weighed against the commission of technical breaches.

In addition to failing to properly establish the claim against the Defendants in a representative capacity, the Claimant had committed a number of procedural breaches including: (a) the use of an incorrect claim form; (b) the improper use of an affidavit; (c) the failure to set out a short description of the nature of the claim; (d) the failure to state the capacity in which the defendants were being sued in the body of the claim form; (e) the failure to disclose a reasonable ground for bringing the claim against either defendant; (f) the use of inappropriate headings that are apt to confuse; and (g) the existence of deficient and unclear paragraphs in the section captioned “statement of claim”.

The Court found that even though the Claimant had a “second bite at the proverbial cherry” by filing the Amended FDCF without leave, the Amended FDCF still retained substantial flaws. Extensive amendments were required to give the FDCF the form and substance necessary to make it legally acceptable, with the Court noting that a “major overhaul” was required “to bring it into line with the requirements of the CPR”. The Court balanced these procedural errors against the fact that striking out the claim would not deprive the Claimant of her access to the Court or bestow any windfall on the Defendants.

Accordingly, the Court allowed the applications of both Defendants and struck out the FDCF, the Affidavit and the Amended FDCF.